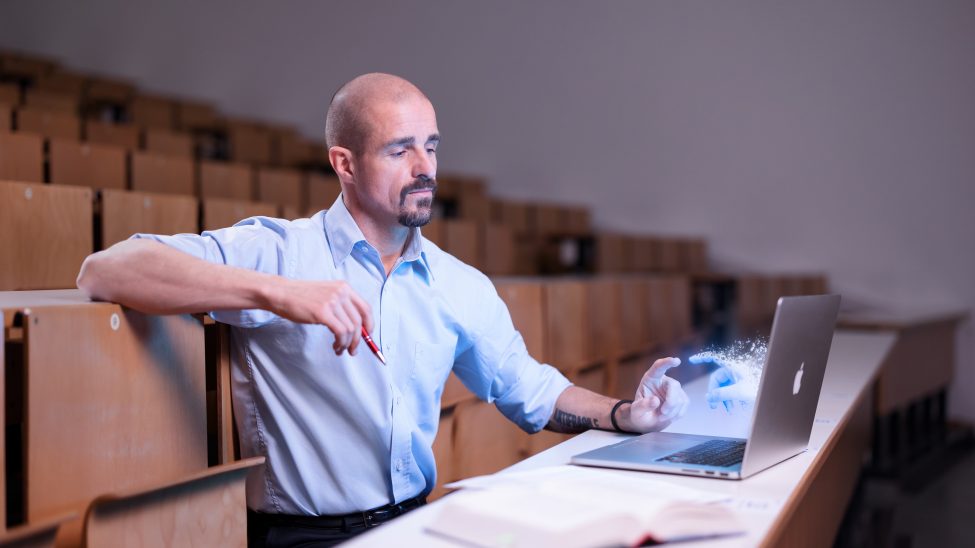 “Truth is the invention of a liar!” I believe it was this quote by Heinz von Förster, co-founder of radical constructivism, that prompted me to move my studies of philosophy from the private sphere to university when I was living in Salzburg. When I returned to Vienna at the end of 2018, it was clear that I wanted to continue on this path – in addition to my work commitments.

I originally come from a different corner of the academic world that tends to be rather unphilosophical: business administration. I completed my Magister programme at the Vienna University of Economics and Business (WU) in 2008 and the Magister programme at the University of Applied Sciences for Banking and Finance in 2005. During my studies, I already travelled all over the world and completed four stays abroad (in Australia, Russia, Ukraine and Germany) during which I came into contact with different schools of thought. Especially my time in Russia, where professional obligations kept me in Moscow for five years after completing my last semester abroad in 2006/2007, has influenced me strongly. Philosophy has always been an integral part of my life.

The Faculty of Philosophy and Education at the University of Vienna has an excellent reputation and I can now – shortly before the (planned) completion of my bachelor’s programme in the summer of 2021 – confidently claim that it has lived up to the expectations.

I specialise in applied ethics in connection with artificial intelligence and the digital transformation. The boundaries between humans and robots (key words: transhumanism and posthumanism) are starting to become increasingly blurred. For many people, smartphones have become an integral part of their existence. In the foreseeable future, we will maybe start attributing personalities to voice services, such as Alexa, and treat them the same as human beings. Saudi Arabia has granted the Android robot ‘Sophia’ citizenship. Through our blind and naive drive for progress, we risk gradually undermining institutions such as human dignity. I aim to encounter these tendencies with the tools I acquired in the degree programme in Philosophy.

For me personally and for my studies, the COVID-19 pandemic had and still has a positive effect. As I do not have to travel to University, I have more time to concentrate on my actual studies. The online courses are prepared and presented in a solid way. The course “Digital Transformation” with its MOOC (Massive Open Online Course) stands out as a particularly positive example. In my opinion, this way of studying is the future. Flexible time management, flexibility regarding the content, well-proportioned ‘video nibbles’, direct links to source texts – all of these simplify studying immensely. Even the online meetings with more than 100 participants led by Professor Kayali have proven useful. Since the beginning of the COVID-19 crisis, my life has become much more relaxed and mindful. In a way, you could say that the virus has brought me closer to the virtues of the ancient Greeks.” – Bernhard Weidinger

Bernhard is studying Philosophy at the University of Vienna.