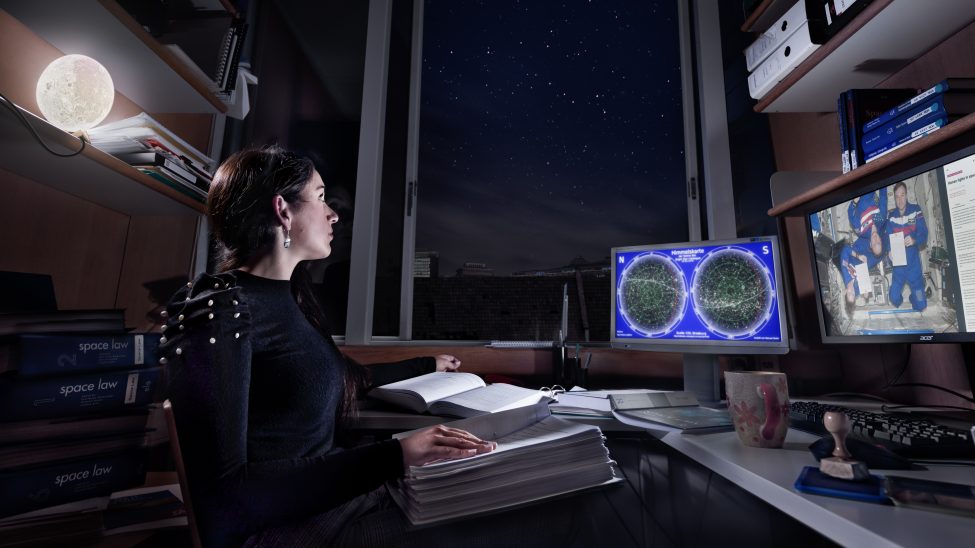 “Studying Law at the University of Vienna offered me many opportunities to immerse in different areas. Ultimately, almost everything has a legal aspect. Therefore, I have grasped the chance of specialising in my studies and completed, among others, advanced courses in criminology, legal gender studies, legal English and law of international relationships.

Last summer I stumbled upon the elective subject entitled Manfred Lachs Space Law Moot Court to which I quickly applied. I still very well recall how happy I had been when I was accepted. In this competition, your team is solving a fictitious case in the area of space law and, then, you are presenting your own work as if you would represent a state before the International Court of Justice. In our case, we dealt with an international space station on which astronauts from different countries are situated and who have to cope with a possible collision with space debris.

We have carefully prepared for this the entire last academic year. First, we delved into space law literature to develop our arguments and then, we polished our oral presentation. During these phases, we also learned to work together as a team. Indeed, we also achieved the best result for the University of Vienna so far: The Viennese team won the European Rounds, which were held online and it will participate as European Regional Winner in the World Finals in autumn. It was a moment of great joy when I received the Best Oralist Award. Since I am naturally not gifted in public speaking, I had to work even harder and I am proud that it paid off and that I made such a remarkable progress.

The participation in the Moot Court was an enormous challenge for me, but I have learned a really great deal and personally developed on many different levels. Additionally, I also developed an interest in space law, an area in which I would like to engage also in the future.” – Hristina Talkova

Hristina is studying Law at the University of Vienna.